As a part of the media industry for nearly all of my 30+ year career, I’ve had the chance to watch the massive changes in how media is produced, distributed and consumed – both as a supplier and a consumer. Not only has consumption increased through the growth in the number of outlets that many of the industry’s traditional tools were built to serve (i.e., broadcast/cable/satellite television channels), it’s also increased exponentially due to the types of industries using video content and the platforms delivering it.

EVERYONE is Now A Media Company 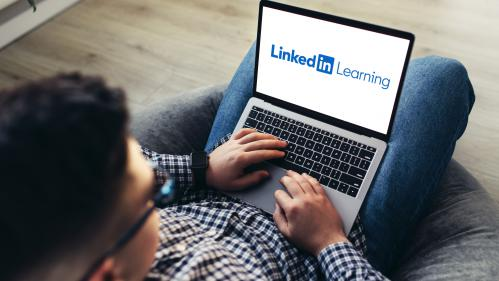 An obvious example is LinkedIn: Although it’s not a traditional media outlet (it doesn’t show up on your TV’s channel guide, for example), it’s available on all screens: phones, tablets and laptops. Yet companies of all sizes produce content purely for viewing on LinkedIn, and LinkedIn’s own Learning group produces more than 50 new courses (programs) every week, on top of a growing library of more than 16,000 existing titles. That’s millions of videos being created solely for a business networking site, and, of course, they’re not the only non-traditional media business creating massive quantities of video. Add to that all the OTT/streaming platforms, social media platforms that focus on video, and internal corporate video. In 2022, streaming platforms alone overtook both broadcast and cable content in hours viewed. Consider the other ways we’re consuming media and you start to see the magnitude of change. In a relatively short time, media production and distribution has shifted from a limited group of producers and networks to the world we’re living in today, but the tools and methods used to manage that huge increase in producing content haven’t evolved to the current media environment’s requirements. The older ERP-type systems designed to manage media haven’t been able to keep up with the complexities of today’s Media Operations environments. These environments include not only the rapidly changing media production environment, but also include distribution platforms that utilize new terrestrial networks, cloud environments, edge computing and storage, LEO/MEO satellite constellations, changing storage techniques, and so many other new innovations that benefit producers and consumers of media alike. 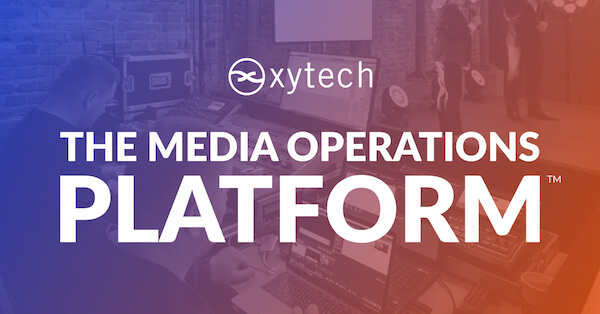 Xytech is the industry leader in delivering critical tools to manage people, equipment and assets for media production. Our three-decade history boasts the biggest content producers and distributors around the world who turn to Xytech to produce media on time and on budget, every time. And although Xytech’s mission to deliver continuous innovations over our customer’s entire media lifecycle has remained unchanged, even we haven’t fully kept pace with the tremendous media industry changes over the past decade. But our customers and the industries we’re serving – and will begin serving – need more. It’s no longer feasible for the broad Media Operations world to rely on point solutions designed for legacy media production organizations – when producing content has expanded to the rapidly-growing universe of distribution platforms, revenue models, internal usage, marketing channels, educational requirements, the gig economy, and so much more – even within legacy media production companies. Given that, Xytech, with the most comprehensive set of tools available in the market today, is embedded in nearly every media touchpoint at the highest value and most demanding media and broadcasting production and transmission companies around the world, we are uniquely positioned to drive an advanced approach to address the needs of customers across the entire Media Operations landscape.

A New Approach to Media Operations

Xytech is taking a new, innovative approach to serving not only the biggest customers operating in the media industry today, but also media producers of all sizes across any industry that have Media Operations. That involves leveraging a foundational platform architecture capable of providing the core functionality needed to run any Media Operations organization regardless of size, and then layering on applications that address these entities’ specific business needs, while maintaining the ability to add and integrate with an infinite number of responsive applications to ensure that our software can adapt to future customer requirements.

The Xytech Media Operations Platform™ does all of that from a centralized command center capable of scheduling, managing, storing, and accounting for systems controlling Media Transmission, Personnel Management, Media Asset Management, Resource Management, and Media Workflow. That’s what we do today.

As we successfully expand our offerings and build a stronger, agile, and responsible company, the Xytech Media Operations Platform will strengthen and maintain its capabilities and role as the center of any Media Operations environment. The media production landscape of today is more decentralized, customized, time-sensitive, language-sensitive, and dynamic than just a few years ago, and a Media Operations Platform™ must be flexible enough to add applications to support any production and transmission requirement without needing to utilize additional software platforms.

The Xytech Media Operations Platform™ will continue to evolve and expand the benefits of the platform while addressing the industry’s growing needs.

The media production landscape has changed rapidly and will continue to change as media consumption increases and usage expands. Xytech will ensure that the Xytech Media Operations Platform™ remains positioned to meet the needs of any Media Operations environment.

Learn more about how Media Operations can help your media team scale here.